Despite already being promoted Pirates finished off the season with a nail biter of a game against their old feline adversaries- Thundercats.

After 2 innings including a shut out of the Pirates in the 2nd it looked as if a potential upset was on the cards until the Pirates managed to pull the themselves ahead with 11 runs scored in the 3rd innings.

The Thundercats still continued to apply pressure and with light running out in the 5th innings they led 21-19. The game was on a knife edge with 2 runners on base and Jade up to bat- which is exactly what she did. It’s not often you see a game finish with the elusive statistic game winning run but with a walk off 3 RBI homer Jade cemented herself in Pirates softball immortality and more to the point made it to the pub and AB afterward. 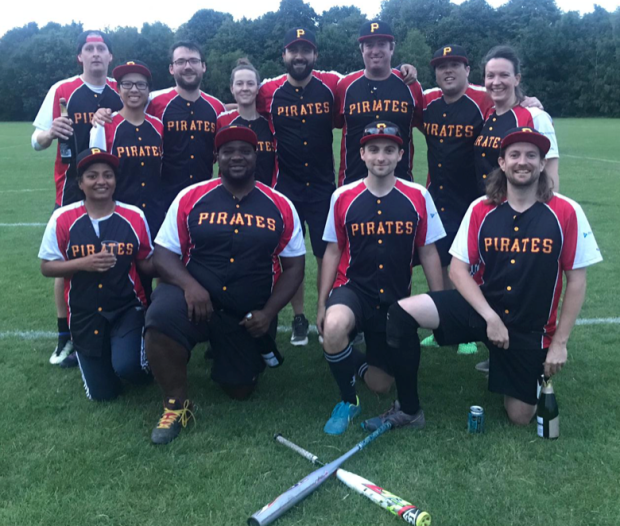