In what can be best described as the dive of the season Paul demonstrates how to perform a slide into third, albeit head first: 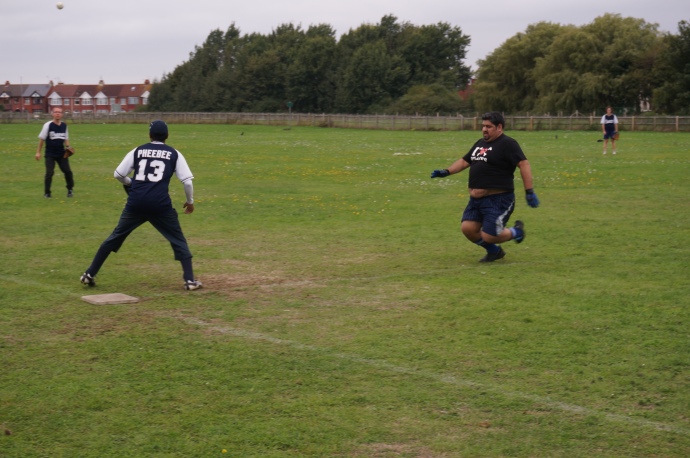 Note the incoming ball (and Paul). It’s not a force so he’s going to have to slide 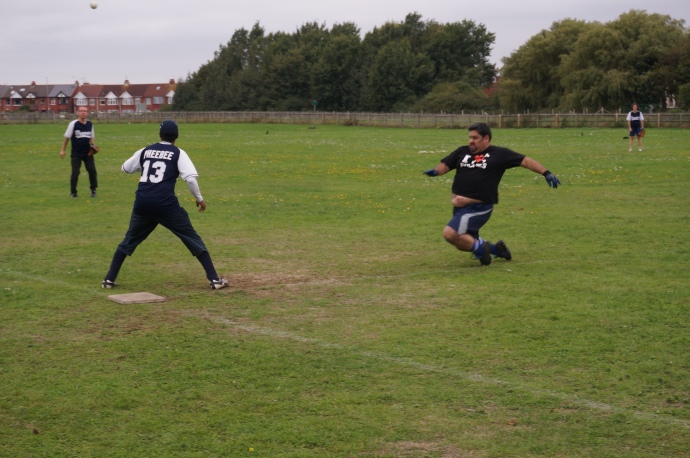 Ooops! Paul has tripped himself up!! 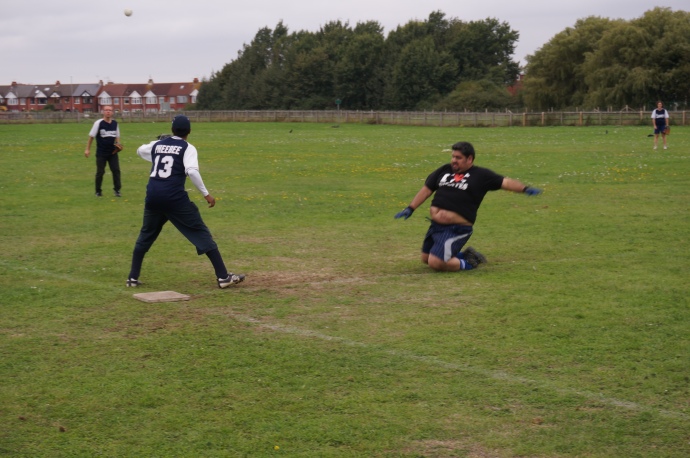 It looks as if he’s ground to a halt!!

Oh no. The ball is in the glove- is it game over for Paul??

It’s still game on as intertia takes over and Paul flies throw the air! 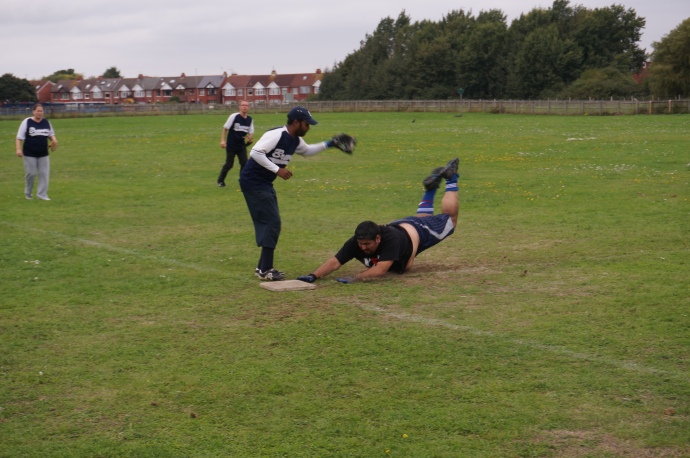 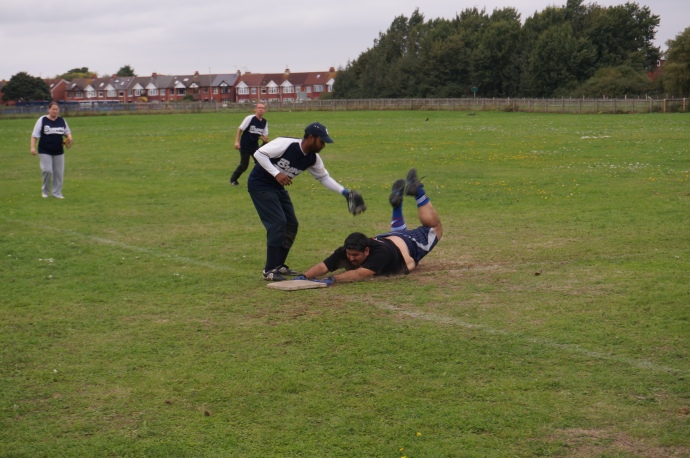