After a 3 week hiatus the Parrots had their first ever away fixture against our pre season buddies Disco Inferno. With two squawkers celebrating their birthday and a few alibis , 10 parrots plus captain Paul and fellow Pirate Nadine made it to the ground.

Ben had only been at the ground 2 minutes but wasted no time leading the Parrots off with a double. Miya, Jamie base hit, Baldeep took an excellent walk, with carter getting a single and an RBI and Holly hitting a fielder’s choice but still getting a run home. Neil’s double and two RBI hit meant we started off the game well,  4 in the 1st.

Our defence was tight like prom night. Holly clearly wasn’t happy at receiving Neil’s loopy under arms at 1st base, and politely told Neil next time, just wang the ball to her. Point taken and more to the point 0 runs scored by them!

The 2nd innings was classic softball, load the bases and drive them home. Nadine, Ben, Miya loaded them up, then the sluggo Jamie hit a beautiful home run to left field, that would be still be going had the pitch not been uphill.

We picked up a couple more runs in the 3rd innings, Matt leading off with a tasty single. Again our defence was on top form with our second shut out in 3 innings. Neil struck an unfortunate inferno out and Jamie was in the thick of it at 3rd base, who effortlessly wanged the ball to Baldeep covering 2nd to make a lovely 5-3 out at 2nd base. In the 4th innings, Jan hit a home run which gave them 3 runs leaving the score at 10-6 after 4.5 innings. Game on!

A change of glove worked wonders for Holly as all of a sudden everything was finding the middle of of the leather, and was starting to look like a season pocket size veteran on 1st. Karan made her debut, and looked the part using her florescent green shin pads to prevent any thing going past her as catcher.

A few of the old school pirates were wondering how long before Nadine’s vocal chords would get going and in the 5th, the crowd got what they wanted. Her primal scream after getting on base meant the inferno was bamboozled as a DJ playing a Jay Z song at a 70s disco. Ben hit a monster that was caught superbly by Helen in the deep. Mia, Jamie, Baldeep and Carter all got on base and despite a strikeout in the previous innings, Neil cheekily sneaked the ball down the right field line for his 2nd home run of the season.

The last two innings were a bit quieter, but the Parrots knew the game was in the nest. Miya moved to Short Stop (!), Matt to 3rd Baldeep and Jamie to outfield and Ben slotting in at 2nd base. With confidence riding high and the gloves warm, the last 6 outs were conceded with only 1 run scored. Miya’s contribution at Short Stop won her the defensive award of the day. Despite Jamie hitting 5 base hits, and 8 rbi’s it wasn’t enough to secure MVP. With a somewhat school boy look on his face, Jamie had better places to be than the pub- at home ironing some shirts. This no doubt cost him some MVP votes so Neil took 1st place by default with no drink off available. Baldeep picked up 3rd place with 2 votes whilst there were also votes for Karan, Miya and Nadine.

Overall an excellent team performance and nice to get back to winning ways.

Parrot of the Day – (Jamie, not going pub to iron shirts) 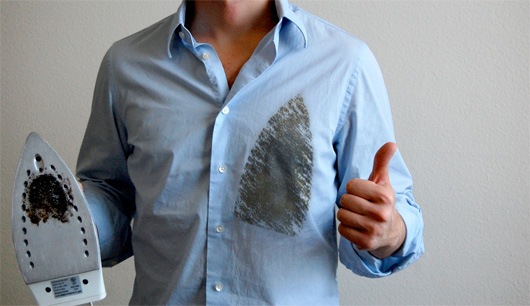 Pirates vs ThundercatsAugust 8, 2019
Thundercats are noooooo

Buccs vs KnightsAugust 14, 2019
Not even Sir Lancelot will save the Knights...